Today marks the 200 year anniversary of the death of Jane Austen. She died at the age of 41 in Winchester, having moved there whilst ill to spend her final days with her beloved sister Cassandra. She lived almost all of her too-short life in Hampshire. She first lived in the village of Steventon, where her father was the local vicar. After her father’s death she spent some time in Southampton, but it is Chawton near Alton with which she is most closely associated and where, between 1809 and 1817, she wrote most of her great works. Her former home is now the Jane Austen museum and provides a centre for scholarship of her work as well as a place of pilgrimage for her many millions of fans across the globe.

Like many women writers of her time, Jane did not achieve fame and fortune for her work in her lifetime. It was only in the second half of the 19th century, many decades after her death, that she grew in renown, although many at the time still did not favour her writing. It was considered too subtle for Victorian tastes, lacking in powerful sentiment and extravagant prose. It was only really as literary taste evolved that she was more widely appreciated in the 20th century as being way ahead of her time. 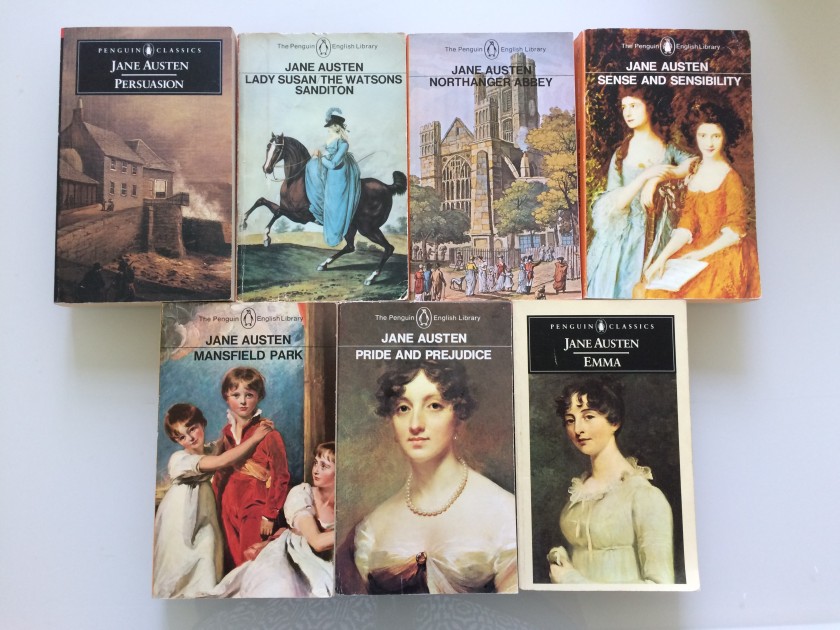 I fell in love with Jane Austen in my teens, and I have never fallen out of love with her. The first book I read was Pride and Prejudice, and I remember I much preferred this colourful collection of sisters to Louisa May Alcott’s in Little Women! But it wasn’t until I read Emma for my English Literature A level that I really ‘got’ Jane Austen and I was blown away. Even now when I read Austen I still see her writing as impossibly brilliant. And then when you think about the life she led, her modest rural upbringing, her insight into human character is barely plausible. After Emma I quickly gobbled up all of Austen’s work (sadly, there is too little of it) and my favourite is probably Mansfield Park.

At times, I have felt rather unfashionable saying that Austen is in my top three favourite authors (another being Emily Bronte, who only wrote one book, and was said not to be a fan of Austen). Many people, who have not read Austen deeply, assume she is rather staid and formal and for the middle-class and middle-aged. But to me she is an icon, a woman doing what she was good at in an era when women writers were virtually non-existent and if they were published it was under a masculine pseudonym. Yes, you can argue the range of her subject matter is limited, but she is so much more than that. She tells truth.

In this bicentenary year, there are many celebrations planned, many of them in Hampshire, unfortunately for me! You can find out about the various events planned here. She will also grace the new British £10 note to be issued by the Bank of England in September: 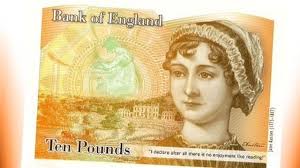 The anniversary of Jane Austen’s death provides an opportunity to celebrate her great achievements as a writer. For me, she deserves to stand alongside Shakespeare as one of the literary greats at the heart of British arts and culture.

What is your favourite Austen novel?