I posted last week with some suggestions for non-fiction books for children for Christmas. Today, I’ve got some fiction ideas for you. Here is my round-up of some of the best books around at the moment, which I recommend for children. I’ve given you an idea of the age range too. As a rule of thumb, the central character in a book is generally a year or two older than the age of the children the book is aimed at. Kids like reading about people who are slightly older than them. 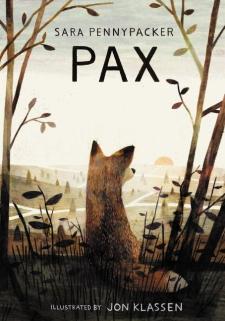 I reviewed this book here a few weeks ago. I loved it. Set in America, it concerns 12 year old Peter and a ‘pet’ fox he has raised from a cub. Peter is forced to release Pax into the wild when his father is called up to serve in the army. Peter’s mother is dead and he is sent to live with his grandfather. He runs away to search for Pax after realising what a terrible mistake he has made, and meets Vola, who lives on an isolated farm. Vola nurses Peter after he breaks his ankle and the two form an unlikely friendship which sets them both on a journey of self-discovery. Some challenging themes, but ultimately a heart-warming tale, with some lovely illustrations. 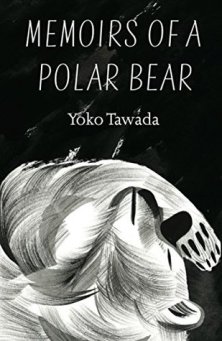 Perfect for pre-teens whose reading tastes and skills are maturing but who still love their animals. Narrated in three parts by three generations of a polar bear family who find themselves in different parts of the world: beginning with the matriarch in the Soviet Union, her daughter Tosca in East Germany, and her grandson, Knut, raised in Leipzig zoo. Very quirky and gently political. It is translated from the original Japanese so will also give children a taste of a quite different style of writing.

I love a book with illustrations and I love Michael Morpurgo. This entry-level Morpurgo is a perfect Christmas offering. It concerns Jonah Trelawney who is the victim of school bullies and a carer for his mother. an accidental encounter gives him a life-changing insight to life in a Foundling Hospital in the 18th century (the original Foundling Museum was the inspiration for the story). Lovers of Jacqueline Wilson’s Hetty Feather will enjoy this. 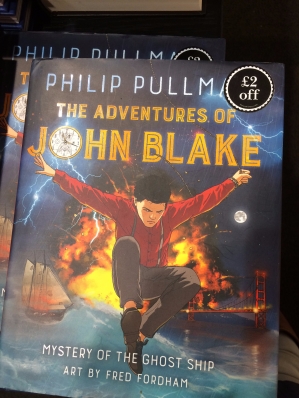 The Adventures of John Blake: Mystery of the Ghost Ship by Philip Pullman – suitable for 10-13 year olds

Pullman’s The Book of Dust, part of the Lyra trilogy, is possibly the biggest children’s literature event of the year. Fans will already have bought it, so I’m not going to mention it here. Instead, I draw your attention to this graphic novel by the same author, which may encourage more reluctant readers, particularly boys. Just because it has pictures, does not mean it is for younger ones, who may find the storyline complex and the themes quite dark. John Blake is a seafaring time traveller. He rescues a young girl from a shipwreck, but his efforts to return her to her own time place them both in grave danger.

This debut has been very well-reviewed. It concerns Aila and her younger brother Miles who are sent to live in the rural town of Sterling, after their enigmatic mother, Juliet dies. The town carries a mysterious affliction: every seven years certain memories, experiences that people share in common, vanish. The locals believe that Aila’s dead mother, is somehow responsible and Aila must bear the brunt of their prejudice and hostility. A long book with some challenging themes which will suit keen readers who like a bit of depth.

Do You Speak Chocolate? by Cas Lester – suitable for 10-12 year olds

Friendship between girls is explored in this novel, which has been compared to Jacqueline Wilson. It is also a story about how friendship can transcend the bounds of language. Nadima is a new girl at school, recently arrived from Syria, and speaks no English. Jaz is a strong personality, and becomes friends with Nadima after the two share some confectionery. Their relationship does not always go smoothly and this book explores the ups and downs via themes of integration, community, and the things that bring us together.

Do you have any recommendations for children’s fiction this Christmas? I’d love to hear your suggestions.

If you have enjoyed this post, I would love for you to follow my blog and for us to connect on social media. You can do this by clicking on the various buttons on this page.