This was one of my Book Club choices and I read it on a weekend away with some girlfriends (the aforementioned Book Club) for our first Annual General Meeting!! I downloaded it to my Kindle, perfect as it took up less space for our hand luggage only trip. We chose it because it has a local flavour (to us), set in Manchester, and because we hadn’t done a thriller for some time. It is not a book I would ordinarily have chosen (but isn’t that the point of book clubs?); thrillers are not usually my thing, although I have to say that I am usually gripped when I read one (the good ones anyway). Whilst I would not describe it as my read of the year, I did enjoy it, it engaged me and I thought it was a pretty decent story – I did not predict the ending. 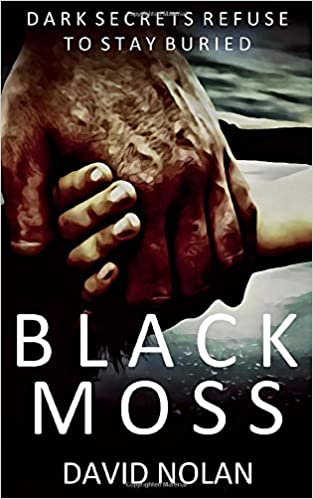 The book jumps back and forth in time between the present day and April 1990. In the present day we meet a middle-aged Danny Johnston, a long-in-the-tooth presenter of investigative television documentaries. He is past his peak professionally and clearly has some deep-rooted, well-suppressed emotional difficulties; the book opens with him crashing into a tree whilst drunk. He lives an empty life alone in London and is borderline alcoholic. His accident is well-publicised in the media and as a result he loses his television contract and is let go by his agent. With nothing to keep him in London he decides to return to the north, to Manchester where he grew up and where he began his career as a local radio reporter.

When he is back in Manchester Danny decides to follow up a police case he was involved in that was never solved. It was April 1990 and the riots at Strangeways prison dominated the media for weeks. The ‘occupation’ of the prison by the inmates lasted twenty-five days. At around the same time, the body of a young boy is found at Black Moss reservoir just outside Oldham. Danny is assigned to report on the case, the more senior reporters having their attention fully occupied by Strangeways, and happens to be the first reporter on the scene. He catches a sight of the boy’s body as a breeze lifts the covering on it, and sees that it has been partially taped up, presumably by the killer. This detail is omitted from the public statements made by the police which makes Danny feel there is more to this than the average homicide. Danny starts to build a relationship with the chief investigator on the case Detective Inspector Smithdown who takes Danny into his trust, he being one of only two reporters showing any interest in the case. The other is a reporter from the Oldham Messenger called Kate, who also happens to be the daughter of DI Smithdown.

As a disgraced middle-aged ex-broadcaster Danny gets in touch again with Kate. He learns that her father is still alive and he goes to see him. They talk about the unsolved case of the boy at Black Moss and Danny feels it is time for him to try and resolve it once and for all. It sets him on a journey which will expose him to a dark underbelly of historic child abuse in the Manchester area and police corruption. It will also force him to face aspects of his past that he has suppressed all his life and to learn things about his childhood that go part way to explaining his present day problems.

I enjoyed the book and felt the pace was good. It was a decent story to get your teeth into and deals with some important issues. Here in Manchester and the north west of England more widely we have still to come to terms with some dark facts of recent history where children, particularly those living on the margins of society, were abused. Whilst this book is fictional, I think it is a brave piece of work and part of the catharsis which it will be necessary to experience before we can all put this chapter behind us. I understand that police officers and child protection professionals were consulted in the writing of it.

Well worth a read, and a local author (to me anyway!) to boot.

I find thrillers a bit hit and miss – have you read any good ones lately? I also like Cath Staincliffe.