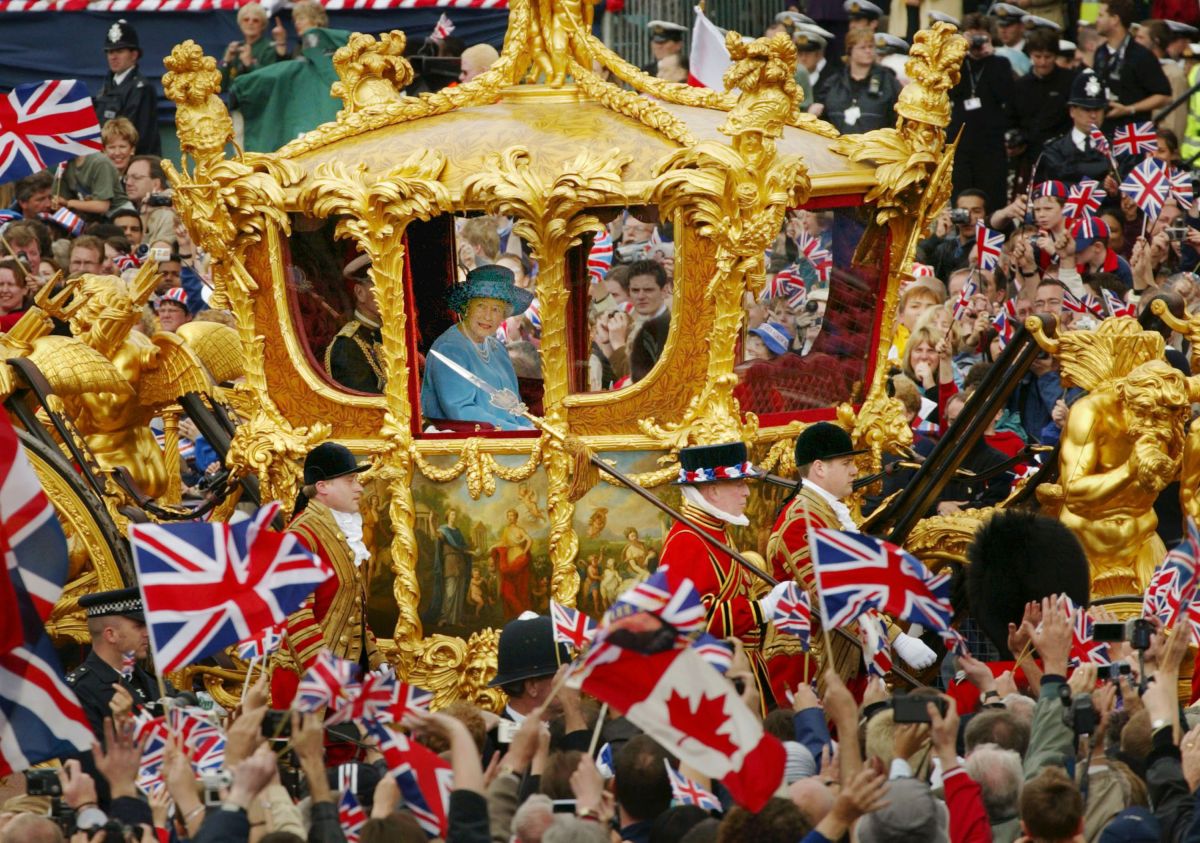 After the turbulence of the 1990s, the noughties were a quieter decade for the Queen. She was getting older of course, in her mid-seventies by the turn of the century. In 2002 she celebrated her Golden Jubilee, marking an incredible half century on the British throne. It was an altogether more sedate affair than the Silver Jubilee in 1977, I seem to remember. Perhaps we were all becoming more grown up about the monarchy. The Queen also celebrated her 80th birthday in 2006 (my youngest was born on that day). She was officially an elderly lady and from that moment on she was pretty untouchable.

I think one of the reasons we took our eyes off the monarchy was that there was so much bigger stuff going on elsewhere in the world. There was the attack on the World Trade Center in New York in September 2001, of course, an event which led to prolonged and devastating war in the Middle East, the effects of which are still being felt today. The financial crash in 2008 would lead to a decade of austerity in the UK and the end of the Labour government.

For me, the decade was dominated by small children. My three children were born between 2001 and 2006. These were my reading wilderness years. Most of my reading was of children’s books, which, to be fair, is no bad thing. We worked through the Harry Potter books, of course. A favourite of mine was also Philip Pulman’s Northern Lights (though this was in fact published in 1995), though my kids were less keen on this one. My son adored the Diary of a Wimpy Kid series by Jeff Kinney (2007 onwards) while my daughters adored the Rainbow Magic books (2003 onwards). We had a huge collection of them which they have never forgiven me for throwing out. To be fair, their opprobrium is deserved and I have no defence.

The wars in Iraq and Afghanistan stimulated my interest in literature from that part of the world. I read two books published in this decade by Afghan-American novelist Khaled Hosseini which are extraordinary – The Kite Runner (2003) and A Thousand Splendid Suns (2007). Both novels evoke the culture and atmosphere of Afghanistan and its turbulent recent history.

I had a long drive to work in the first couple of years of the decade. I used to buy audiobooks (on cassettes!) and one that I loved, and which I listened to several times, was Margaret Atwood’s The Blind Assassin, published in 2000. Complex and innovative in structure, it explores the relationship between two sisters in the 1930s and 1940s, as recalled by Iris, her sister Laura having died in 1945.

In the UK, Zadie Smith shot to literary fame with her first novel White Teeth (2000) about two men, a Bangladeshi and an Englishman, who became friends during the war, and how their relationship evolves later on amid racial tension in London. I am ashamed to say that this is a book I have tried and failed to read more than once. I have no idea why. It took me a long time to read books in those days so perhaps it required more mental energy than I had available at the time.

A book I did love was Mark Haddon’s The Curious Incident of the Dog in the Night-time, published in 2003. It is an innovative novel about a teenager with autism spectrum disorder who takes it upon himself to investigate the death of his neighbour’s dog. It is about how the central character Christopher navigates a world that has been set up for the convenience of the majority that does not experience disability or neurodiversity, and what this means for people who are on the outside of this group.

The book of the decade, for me, however, was Wolf Hall by Dame Hilary Mantel, published in 2009. I adored her earlier novel about the aftermath of the French Revolution A Place of Greater Safety (1992), but it was Wolf Hall that really cemented her reputation as one of the finest living British writers. And rightly so. As a piece of historical fiction it is truly extraordinary. The depth of her research and the profound degree to which she has understood both her subject (Thomas Cromwell, minister at the court of King Henry VIII) and the period, drips off the page. The plotting, the story-telling, the characterisation, the immersion, it is all breathtaking.

I can’t say with absolute certainty that I read Wolf Hall in the decade in which it was published (which was the rule I set myself), but on this occasion I am giving myself the benefit of the doubt for this is a truly outstanding book that might even be book of the century.