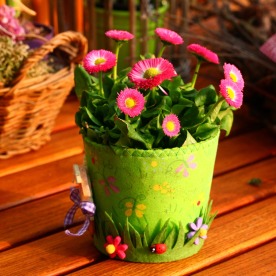 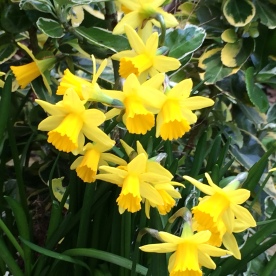 What do you think of when you think of Spring? I think of birth, renewal, reinvigoration, green shoots, hope, beginnings, fresh air, clean, the colour yellow, eggs, baby animals and life. There is a little more light each day, and it’s getting ever so slightly warmer. I want to be outdoors and I want to let the outside in by throwing open the windows. It’s also a time when people start to think about putting into effect changes they’d like in their lives, whether that be losing weight, decluttering or pursuing a new venture, because it’s easier to motivate yourself when the sun is shining and you have more energy.

With all those things in mind, I have come up with a list of books for Spring, a mix of fiction and non-fiction, hopefully covering a broad range of topics and interests.+

What are your recommendations for Spring reading?

If you have enjoyed reading this post, please take a moment to follow my blog by clicking on the subscribe button below or to the right (depending on your device). Thank you!

Most children will now be back at school. And most parents will be breathing a bit of a sigh of relief! Don’t get me wrong, I LOVE having mine off, and enjoy being able to step off the term-time treadmill for a few weeks, but I am always glad to get back to the routine. I have one teenager and two precocious pre-teenagers in my household, and whilst I’m no longer in the zone of clearing up their toys every five minutes or spending all day and every day ‘entertaining’ them as I did when they were little (here’s to you if you still are), a low-level chaos still seems to take over the house when they’re off school. They leave ‘stuff’ everywhere, they change clothes multiple times a day, and once the disorder sets in it is so hard to rein it back.

A few months ago, I bought Marie Kondo’s The Life-Changing Magic of Tidying, in a flurry of enthusiasm; after having some work done in the house and finding so much irrelevant and pointless stuff lying around as I prepared for the builders, I felt a sudden motivation to “sort things out once and for all”. The family cowered and hoped I’d get over it quite quickly. I made a good start, organising both my own wardrobe and persuading my husband to do his as well. This is Marie’s Step 1. Step 2 is Books, so I’m psyching myself up for that one! Here’s my review of the book.

I’d love to know what you think, or if you have the same feeling of needing to reorganise once the Autumn comes around.

I didn’t think that the words “life-changing” and “tidying” could belong in the same sentence in anyone’s world, let alone adding the word “magic” as well! Don’t get me wrong, like many people, I enjoy the buzz I get from a clean tidy space, it’s the cleaning and tidying bit I don’t like. Marie Kondo is a different kind of animal, but she is highly likeable because she doesn’t try to hide it. She confesses that when she was a child she loved tidying both her own and other people’s things, and devoured women’s magazines with all their cleaning and tidying tips.

I felt vaguely uncomfortable at times with this book; I was worried that it was a bit of a throw-back, like I might turn into my mother whilst reading it! However, (isn’t there always one of those?) it IS actually more than that. Decluttering experts, psychologists and television producers all know that a chaotic domestic environment often says as much about our minds as it does about our lifestyles. It can also affect our minds and our lifestyle more than we realise. And that is where Marie Kondo is coming from, in her quirky, charming and guileless way.