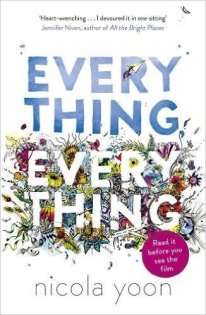 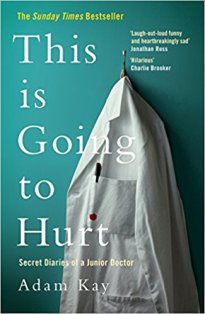 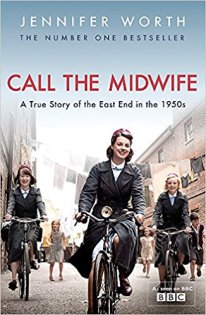 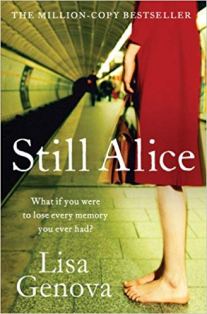 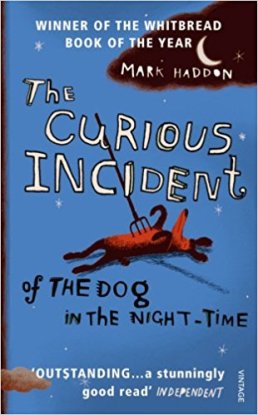 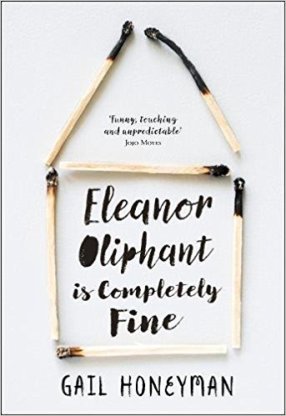 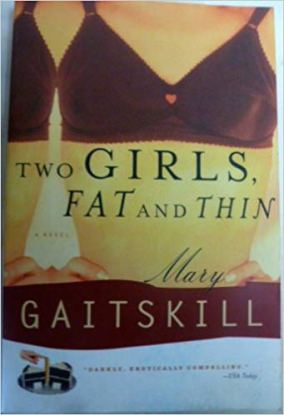 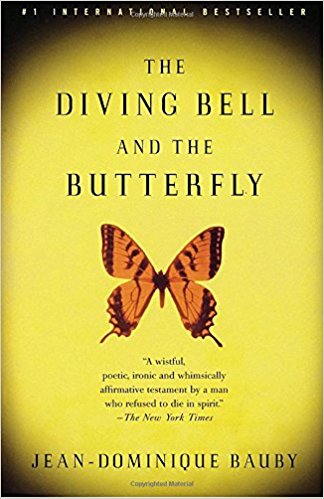 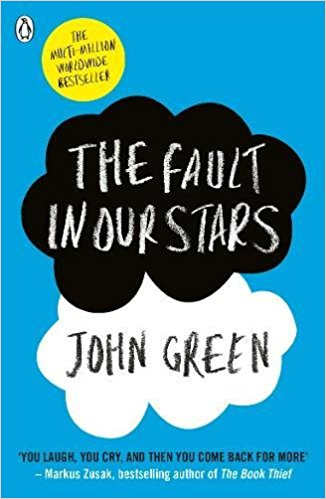 Everything Everything, first published in 2015 to great acclaim, was reissued in 2017, after the novel was made into a film, and my edition shows a still from the movie with our two main protagonists, Maddy and Olly, gorgeously pictured on the front cover. It’s a YA novel which I selected for my May reading challenge, having bought it for my teenage daughter a few weeks ago (she hasn’t read it yet!), and I absolutely loved it. I didn’t expect to enjoy it as much as I did, especially when, leafing through, the chapters looked a bit short and I saw that there were several pages with line-drawn illustrations of, for example, diary entries, notes from an exercise book, emails, set out as if they were on a screen, text conversations, etc. Hmm, I thought, all designed to sustain the digital native’s interest! Well, as is so often the case when I stray off my well-beaten literary track, I was truly humbled. 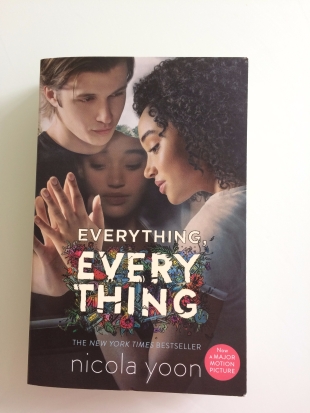 The novel opens with our central character Maddy’s eighteenth birthday. She celebrates this with her mother and her nurse, Carla; Maddy suffers from severe allergies and lives an isolated existence in her hermetically sealed home, which she has not left for many years, so these two women provide the only relationships she really has. Maddy is home schooled, receiving almost all her tuition over Skype from various tutors. Occasionally, they are allowed to tutor her in person, but only after they spend a period of time in a decontamination unit in the house, to ensure Maddy does not come into contact with any pathogens or foreign particles which might harm her. Maddy’s father and older brother were killed in an accident when Maddy was a baby and she and her mother are therefore incredibly close.

Maddy is a voracious reader and in the absence of a lived experience of the world she has framed all her perception of life outside the bubble of her home, and her tiny circle of human contact, from the books she has read. Whilst she is initially reasonably content with her life, accepting its limitations and appreciating the love of her mother and Carla, her love of books is an early hint of her desire to embrace the world. Early on, we learn that she has taught herself not to want things she cannot have:

But then she meets Olly, when he moves into the house next door with his parents and sister, and everything (everything) changes:

“Maddy knows that this pale half-life is not really living.”

Olly has his own troubles: his father is a violent alcoholic who terrorises the rest of the family. Olly and Maddy begin to communicate by text and email, and it is clear that not only are they deeply attracted but that each fulfils an unmet need in the other. A cascade of events follows which will expose the inexorable pull of the world to the young and vulnerable Maddy, and the pointlessness of an anxious parent’s attempts to protect her child from all risk.

It is a coming-of-age novel, in that we see a young woman separating from her mother, but it is also a great novel for a parent coming to terms with the coming of age of their kids! To that extent, it is an instructive read for parties on both sides of the debate: the older generation can see how important it is for our youngsters to live, love and to learn for themselves, but the young can also see the parent’s perspective, Maddy’s mother’s fear of losing something (everything) so precious to her when she has already experienced so much loss in her life (her husband and son).

It’s a cracking story, with some clever plotting, and great themes which are beautifully handled for a younger readership. It’s well-written and well-crafted and the line drawings do add to the experience! There’s a little bit of sex, but it’s very subtly and sensitively done. Recommended for parents and teenagers alike.

If you have read this book or watched the movie, would you recommend it for teenagers? Could boys and girls alike enjoy it? 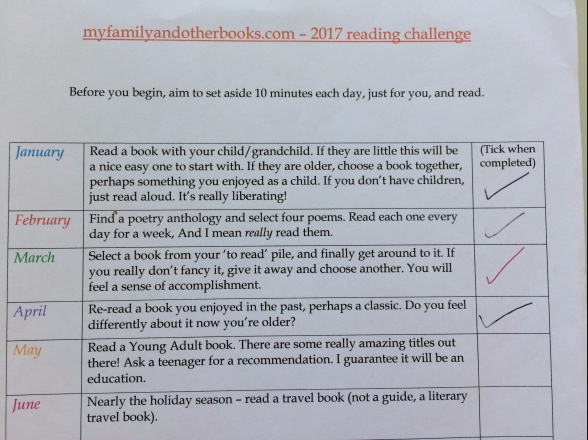 April’s task (to revisit a classic) really was a challenge; I chose Elizabeth Gaskell’s North and South, which has been an absolute joy, but  IT’S LONG! With school holidays and the break in my routine reading it has tipped over into May, but I’ll post my review here in the next week or two.

The challenge for May is to read a YA (Young Adult) novel. I’m looking forward to this; I read Emily Barr’s first YA novel The One Memory of Flora Banks, my first foray into this genre for some time, and thoroughly enjoyed it. You can read my thoughts here. 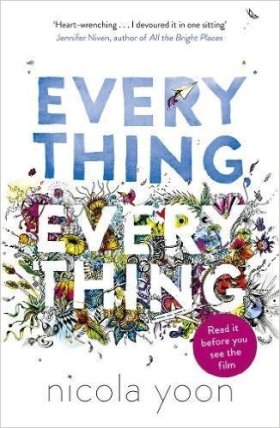 I picked up a book for my teenage daughter the other day, Everything Everything by Nicola Yoon, which was published in 2015, but has also been turned into a movie, released later this month. It’s the story of a young woman (18 year old Maddy) who suffers from an illness which means she must live in a sterile environment. She develops a friendship with the boy next door, Olly, communicating only through windows and via text. The blurb says that they develop a deep bond and risk “everything” to be together. I’m expecting young first love and possibly a few tears, along the lines of John Green’s The Fault in our Stars.

It will be nice to read it alongside my daughter and to share our opinions. That’s as good a reason as any to cross genres from time to time.