In my last couple of blogs I’ve reviewed books that have been rather emotionally challenging: H is for Hawk is about grief and the loss of a parent; The Optician of Lampedusa is about a particular tragic event in the ongoing European migration phenomenon. Both books were harrowing in parts, although in different ways.

Today I’m posting about a book by Meera Syal, which, given her background in, and huge talent for, comedy, you might think would be somewhat lighter. Well, it is and it isn’t; there are certainly some quite heavy themes here, but there is also resolution to the issues raised and I certainly did not find the book as harrowing.

So, my review follows. If you have read this or Meera Syal’s other books, I would love to hear what you think. 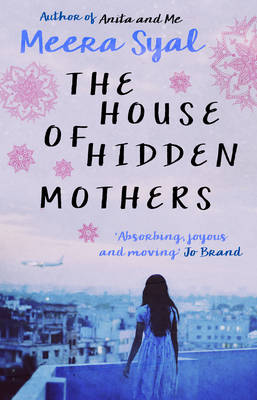 This was one of the books I took on holiday last year, but which I didn’t manage to read. I finally got around to it when we read it in our Book Club in December. I’d been really excited about it; I love Meera Syal (Goodness Gracious Me, The Kumars at No. 42), she’s such a talent and a fantastic role model. She has written two previous novels, both published in the 1990s, neither of which I have read.

The novel centres on Shyama, who, in her late forties, is desperate to have a baby with her (somewhat younger) partner Toby. Shyama has a teenage daughter, Tara, from a previous (unhappy) marriage and lives close to her Indian parents, Prem and Sita. The action takes place in both London and India.

When all other options for having a child of their own seem closed to them, Toby and Shyama decide to go to a clinic in India where a surrogate will bear a child they can later formally adopt. In their case, it is planned that the child will be created from Toby’s sperm and a donor egg. There are two sub-plots to the novel. Firstly, there are Shyama’s parents; some years previously, they bought a flat in India where their families still live, and where it was intended they would spend part of the year, once they retired and had the opportunity to escape the UK winter climate. Their plans were thwarted, however, when Prem’s nephew illegally occupied the property. The now elderly couple have spent years and a small fortune battling in vain with the chaotic Indian legal system to get him and his family out. The other plotline is that of Shyama’s daughter, Tara, who is unhappy about her mother and Toby’s desire to have a baby. In the course of the novel Tara is sexually assaulted by a university acquaintance.