As Britain swelters under a seemingly relentless heatwave, thoughts are turning to holidays, even though perhaps that fortnight in the sun could just as easily be had at home at the moment! So, if you are looking for ideas for your holiday reading list here are some new titles that you might look out for. It’s quite an international list so if you are outside the UK you should be able to find most of these too. 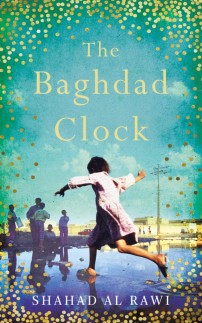 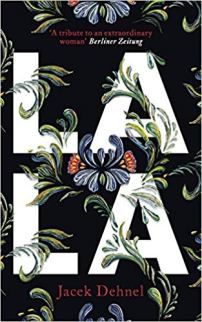 The Burning Chambers by Kate Mosse – I haven’t read any Kate Mosse but having just finished The Birth of Venus I am in the mood for historical fiction! Set in 16th century Carcassonne, France, it concerns an elderly bookseller and his family and the impact of the religious wars on their lives.

The Baghdad Clock by Shahad Al Rawi – already a best-seller in Dubai and the UAE, this novel, set in the time of the first Gulf war in 1991, looks at how the conflict affected the ordinary people of the city of Baghdad. When our television screens are full of images of refugees caught up in war, of bodies and of bombed-out buildings, I hope this novel will give us an insight into the reality of the lives of people just like us.

Lala  by Jacek Dehnel – an elderly woman recounts her extraordinary life to her grandson. Born in Poland in 1875 she lived through two world wars, life under communism and then liberation. This book has already won prizes in the author’s native Poland.

Social Creature by Tara Isabella Burton – set in New York city this novel concerns the increasingly oppressive friendship between two young women, aspiring writer Louise and wealthy social butterfly Lavinia. The two women meet when Louise goes to tutor Lavinia’s younger sister. Their friendship becomes necessary to both of them, but for different reasons, and is characterised by deceit, jealousy and an unhealthy dependency.

The Hour of Separation by Katharine McMahon – McMahon’s The Rose of Sebastapol is one of my all-time favourite books. I haven’t read anything she has written since, but I really like the sound of this novel. Another novel about friendship between two women, Christa and Estelle, this time set in 1939, who have in common Fleur – Fleur was the Belgian Resistance fighter who saved Christa’s father in the Great War. She was also Estelle’s mother. The two women meet just before the outbreak of World War Two.

My Year of Rest and Relaxation by Ottessa Moshfegh – I loved Moshfegh’s thriller Eileen, which was shortlisted for the Man Booker Prize in 2016. Her new novel, published in the UK this week, promises to be equally dark and thrilling. Set in 2000, around the corner in time from 9/11, our narrator is a wealthy young New Yorker. The deaths of her parents while she was studying at Columbia university, a sense of the pointlessness of her own life, and dysfunctional relationships with her so-called best friend and her Wall Street boyfriend, lead her to take a ‘narcotic hibernation’. It is not without consequence.

The Temptation of Gracie by Santa Montefiore – the cover tells you this is going to be perfect for poolside! Gracie Burton blows all her savings on a week-long cookery course in Tuscany, much to the consternation of her daughter Carina and granddaughter Anastasia. The trip turns out to be about more than just mid-life crisis, however, and aspects of Gracie’s past that her family were not aware of, are revealed. Tantalising!

Some of these books are only just out and so may only be available in Hardback, or e-reader – perfect for holiday packing!

What are your recommendations for the summer?

If you have enjoyed this post, do subscribe to my blog to get notifications of future posts. Let’s also connect on social media.