And finally, that’s the children sorted out with fiction and non-fiction recommendations.  How about some ideas for the grown-ups? Walk into any bookshop at this time of year and you will be spoilt for choice; there are lots of celebrity biographies, cookbooks, beautifully illustrated books featuring plants and animals, compilations, self-help books and gorgeous coffee table books. Many of these can be quite expensive.

If you feel a bit overwhelmed, here are a few ideas. 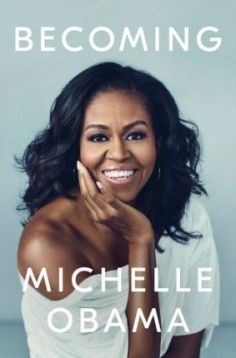 You would have to have been living under a rock these last few weeks to have missed the publication of this! I wouldn’t normally recommend a celeb biography, but I can’t not. If it’s a bit big or a bit pricey, you could instead try the Pocket Michelle Wisdom which I spotted in Foyle’s in Birmingham last week.

A Keeper by Graham Norton

I loved Graham’s first novel Holding and I’ve read some good reviews of this one too. I hope Santa brings it for me! 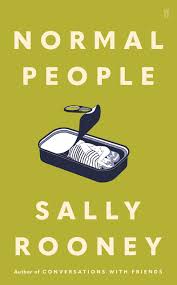 Recently announced as the Waterstones book of the year. The story centres on the intense relationship between Marianne, who is young, clever and affluent but shy, and Connell, a likeable boy, but living in the shadows of his family’s poverty and reputation. An unlikely pairing that will have consequences for them both. 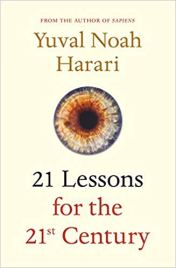 21 Lessons for the 21st Century by Yuval Noah Harari

More accessible philosophy from the bestselling author of Sapiens and Homo Deus. In this book Harari focuses on the present and invites us to consider issues such as nuclear weapons, fake news and parenting. With so much debate about the future of our species, this is a must for high-brow dinner party goers. 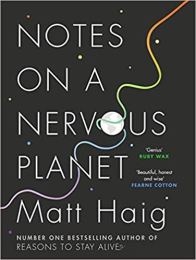 Notes on a Nervous Planet by Matt Haig

Listened to it, read it, loved it, reviewed it and will be giving it. Fab book about how to survive the challenges of modern life. 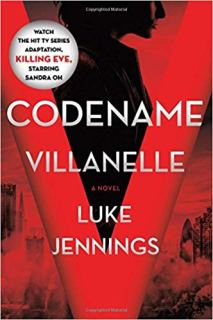 For fans of the wonderful BBC series Killing Eve which was screened in the early autumn, here is the book on which the series is based.

I have followed Yotam Ottolenghi’s recipes in The Guardian for years but have rarely cooked them because they are usually far too complex or involve way too many ingredients. In this, his latest publication, Ottolenghi takes on that criticism and all the recipes in this book are said to be quick to make and contain fewer than ten ingredients, without sacrificing flavour. What’s not to love! 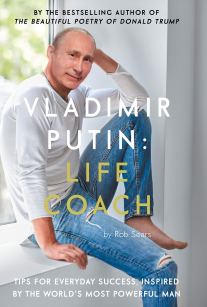 Browsed through this in the bookshop and thought it was hilarious. Great little stocking filler.

Educated: A Memoir by Tara Westover

This book has been a sensation this year and is a must-read. The author grew up in rural Idaho as part of a survivalist family and was not allowed to go to school until at the age of 17 she took matters into her own hands. She went on to study at Harvard and Cambridge Universities, but at what cost to her relationship with her family? Has won oodles of prizes.

So, I hope all that gives you food for thought. Would love to hear any recommendations you might have.